Happily Ever After Hours | Actor and Filmmaker Robby Benson

Join us for Happily Ever After Hours with actor and filmmaker Robby Benson as he shares behind-the-scenes stories from his work as the voice of Beast in the Beauty and the Beast franchise.

Registration for this program will open to the public starting Monday, October 5 at noon. 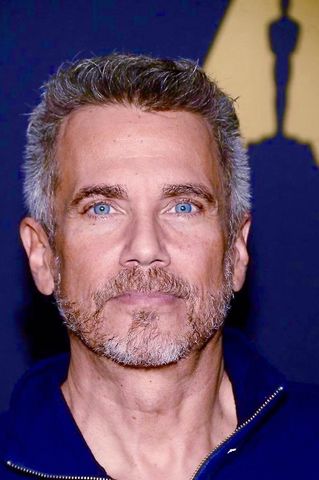 He has produced and directed feature films and television series, including directing episodes of Friends, Ellen, and many top-10 shows. Benson starred on Broadway in Zelda, The Rothschilds, and the Joseph Papp production of The Pirates of Penzance, where he met and fell in love with his co-star and rock recording artist, Karla DeVito. Benson wrote the musical Open Heart published by Samuel French (2006). Open Heart was produced by and debuted at NYC’s historic Cherry Lane Theater.

As an author, Benson penned best-selling novel Who Stole The Funny? (2007, published by HarperCollins), and his multimedia medical memoir I’m Not Dead… Yet! (2012), which received major kudos from Apple. As a composer, Robby has received RIAA Gold Records for songs including Karla DeVito’s “We Are Not Alone” for the library dance in John Hughes's iconic film The Breakfast Club (1985), Diana Ross' Swept Away album (1984), and scores for films. Most recently, he wrote the music for his daughter Lyric Benson’s cosmic-poetic album Lyric’s Love Light Revolution (2012), and the score for his son Zephyr Benson’s impressive feature film directing debut Straight Outta Tompkins (2015).

Benson’s most valued professional accomplishment is that of college professor, teaching for more than two decades at universities around the country. As Professor of Film at NYU’s famed Tisch School of the Arts in the Maurice Kanbar Institute of Film and Television, Benson received the honor of being nominated for both NYU’s Distinguished Teaching Award in 2006 and the David Payne-Carter Award for Teaching Excellence in 2010.