Happily Ever After Hours with Actress Susan Egan

Join Broadway and voice actress Susan Egan as she discusses her experiences as the original Belle in Broadway’s Beauty and the Beast, Megara in Disney’s Hercules (1997), and other impactful acting roles.

Registration for this program will open to the public starting Wednesday, April 21 at noon. 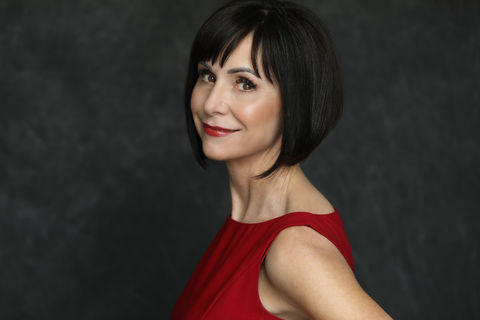 Susan Egan has delivered powerful impressions in theatre, film, television, and music. She headlined on Broadway as Thoroughly Modern Millie, won critical acclaim as Sally Bowles in Cabaret, starred in Triumph of Love and State Fair, and received Tony Award® and Drama Desk® nominations for Best Actress as the original Belle in Disney’s Beauty and the Beast. She’s been seen on film in 13 Going on 30 (2004), Gotta Kick It Up! (2002), many award-winning indies, and voiced the animated characters: Meg in Disney’s Hercules (1997), Lin in the Academy Award®-winning Spirited Away (2001), is currently Rose Quartz on Cartoon Network’s Steven Universe (2014–19), and more. She spent two seasons on WB’s Nikki (2000–02) and guest-starred on Modern Family, HOUSE, NUMB3RS, NYPD Blue, Arli$$, The Drew Carey Show, Party of Five, Great Performances, and others. Egan has more than 400 solo concert credits with symphonies worldwide, more than 40 recordings and 7 solo CDs, and in 2018 formed Broadway Princess Party, LLC with fellow Broadway stars Laura Osnes and Courtney Reed, and musical director Benjamin Rauhala – they are currently touring their award-winning concert to kingdoms near and far. Susan Egan is an accomplished master teacher in music performance, obsessive gardener, happy wife and mom of two. www.SusanEgan.net, @IAmSusanEgan, Facebook.com/OfficialSusanEgan.