Join Animator and Academy Award®-winning screenwriter Jim Capobianco for behind-the-scenes stories from his career at Disney·Pixar on feature films including Toy Story 2 (1999), Finding Nemo (2003), Ratatouille (2007), Up (2009), and Inside Out (2015), and his work as Animation Sequence Supervisor on Walt Disney Pictures’ Mary Poppins Returns (2018).

Registration for this program will open to the public starting Friday, June 12 at noon. 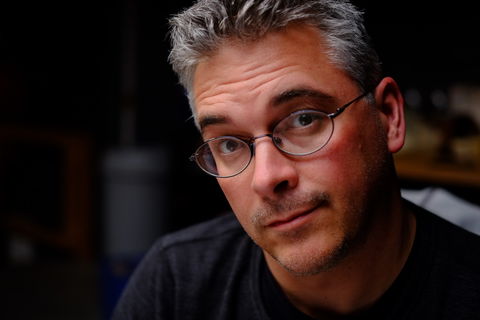 Jim Capobianco received an Academy Award®-nomination in 2008 for Best Original Screenplay for Ratatouille (2007), then went on to write and direct the Annie Award-winning short ﬁlm, Your Friend the Rat (2007), featured on the Ratatouille DVD. Capobianco directed the end credit titles for Pixar's 2008 release WALL•E. A graduate of the California Institute of the Arts, Capobianco started in the Story Department at Walt Disney Feature Animation on The Lion King (1994). After ﬁve years at Disney, Capobianco relocated to Pixar Animation Studios where he was inﬂuential on many of Pixar’s ﬁlms of the past 19 years, including Toy Story 2 (1999), Finding Nemo (2003), Up (2009), and Inside Out (2015). In 2009, Capobianco ﬁnished Leonardo (2010)—his ﬁrst independent ﬁlm—now in the permanent collection of the MoMA NYC.

In addition to his work as a ﬁlmmaker, Capobianco co-created the Bay Area International Children’s Film Festival, now in its 10th year. Now with Aerial Contrivance Workshop, Capobianco most recently was the 2D Animation Sequence Director for Walt Disney Pictures’ Mary Poppins Returns (2018) and is currently working with acclaimed composer Mason Bates and director Gary Rydstrom on The World’s Greatest Synth, a Fantasia-type live symphony piece slated to premiere in Chicago in March 2020.