Join Broadway actor and author Alton Fitzgerald White as he shares behind-the-scenes stories from starring in the role of King Mufasa in Disney’s The Lion King on Broadway and writing his book My Pride: Mastering the Challenge of Daily Performance.

Registration for this program will open to the public starting Monday, November 9 at noon. 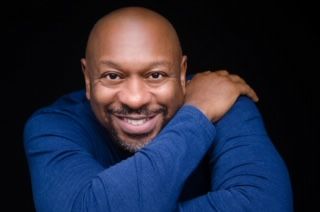 After a record-breaking 4,308 performances as King Mufasa in Disney’s The Lion King on Broadway, Alton Fitzgerald White added author and keynote speaker to his list of titles. His book, My Pride: Mastering the Challenge of Daily Performance, filled with secrets to fulfillment and joy in work and life, was published by Disney Editions in 2017. Other Broadway starring roles include Mister in The Color Purple, Coalhouse Walker Jr. in Ragtime, Ken in Smokey Joe’s Cafe, John in Miss Saigon, and The Hawker in The Who’s Tommy. White has performed concert dates all over the world. His music and autographed copies of his Disney book are available on his website at www.altonfitzgeraldwhite.com.  White has guest-starred on the hit TV series Law and Order, Bull, The Blacklist, The Good Fight, Code Black, Elementary, Mindhunter, and Madam Secretary. He has also starred on the big screen opposite Sam Elliott in The Man Who Killed Hitler and Then the Bigfoot (2018) and Nicole Kidman in The Goldfinch (2019). Follow him on his Facebook fan page, @WhiteAlton on Twitter, and @Alton2459 on Instagram.