Registration for this program will open to the public starting Wednesday, April 21 at noon. 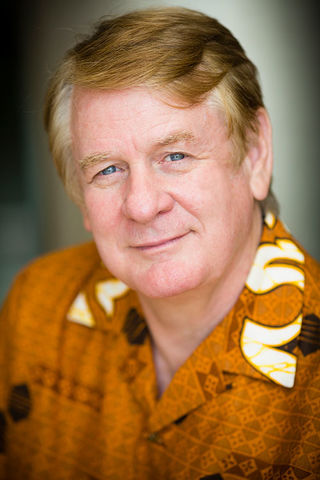 For decades, audiences of all ages have enjoyed the standout work of Bill Farmer in vehicles and venues as diverse as his talents—from clubs to conventions, broadcasts to podcasts, and television screens to movie screens. What began in the standup comedy clubs of America’s heartland has become one of the most colorful careers in Hollywood, with a seemingly endless list of live and recorded performances engaging fans of every demographic. While Farmer has famously performed as the official voice of Walt Disney’s Goofy and Pluto since 1986, his sterling voice-acting resume includes thousands of leading and supporting roles in film, television, advertising, consumer products, and more. For his unparalleled body of animation-voice work with such leading studios as Disney, Pixar Animation Studios, Warner Brothers, Universal Pictures, and MGM, Farmer became the first voice actor to receive the prestigious Friz Freleng Lifetime Achievement Award for Excellence in Animation. Equally distinguished is the immortalizing Disney Legend Award, which Farmer received in 2009. Further adding to his many honors is an Emmy® nomination for his memorable performances in the hit animated series Mickey Mouse Clubhouse (2006–16). Never straying from his comedy roots, Farmer—and his more than 100 celebrity impressions and dialects—has continued to thrill audiences with standup routines at clubs and corporate events, and through his monthly improvisational performances with Fred Willard’s sketch-comedy group, The MoHo’s, at Hollywood’s Second City Theater. Farmer can currently be seen on television in Disney’s Amphibia (2019–present), The Wonderful World of Mickey Mouse (2020–present), and as host and executive producer on It’s a Dog’s Life (2020–present) on Disney+, to name a few. To help others reach their performance potential, Farmer teaches voice-acting students, produces voice-actor demos, and offers private coaching through his own production company, Toonhouse, Inc.