A Woman Behind WED with Imagineer Tania Norris

In 1964, Tania McKnight Norris was hired to work at WED Enterprises—now known as Walt Disney Imagineering—as an interior designer for the highly-anticipated Disneyland expansion: New Orleans Square. During Norris' tenure at WED, she worked on many projects, including Haunted Mansion and concepts for Walt Disney World Resort. Join Norris and moderator Tom Morris for a retrospective on her Imagineering career and its lasting impact on Disney Parks.

Registration for this program will open to the public starting Monday, August 17 at noon. 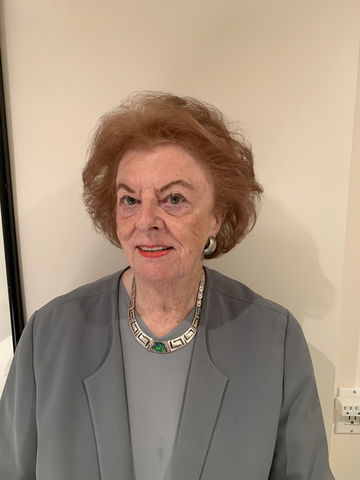 Tania McKnight Norris was born in Scotland and spent her childhood in the United Kingdom. She trained as an interior decorator in London before moving to Southern Rhodesia (now Zimbabwe). In 1963, moved to Los Angeles for her husband's profession.

Norris was hired in 1964 as an interior designer at WED Enterprises, the arm of Walt Disney Productions that covered all projects apart from films. She worked with many Disney Legends on projects spanning Disneyland attractions, original concepts for Walt Disney World Resort, and Expo 67 in Montreal. In addition to contributing to the overall design of New Orleans Square, one of her signature contributions to themed entertainment history was her design for the iconic purple wallpaper used in the Haunted Mansion.

In the 1970s, Norris became Project Designer for the RMS Queen Mary in Long Beach. This was followed by a move to central California where she opened an antique shop, anchored a weekly antique-focused radio show, and participated in antique shows across America.

Norris’ interests include gardening, photography, travel (she has visited over 130 countries), cooking, needlepoint, and botanical art. She is a member of the American Society of Botanical Artists, former President of the Botanical Artists Guild of Southern California, and created the Beverly Hills Rose Society. She also established an endowment fund for botanical art at the Huntington Library, Art Museum, and Botanical Gardens in San Marino and donated her rare collection of botanical books and Renaissance woodblocks to the Getty Research Institute. 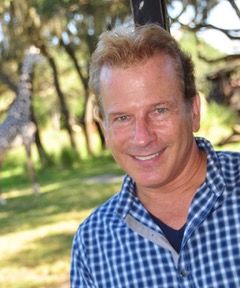 Tom Morris is a former creative development executive at Walt Disney Imagineering who guided groundbreaking projects for over 30 years. Highlight projects include the original Journey into Imagination at Epcot (then called EPCOT Center) and the conceptualization of DisneyQuest and Rock ’n’ Roller Coaster Starring Aerosmith at Walt Disney World Resort, the design of Sleeping Beauty Castle at Disneyland Paris, overall creative oversight for Hong Kong Disneyland, and conceptual direction for Cars Land at Disney California Adventure Park at Disneyland Resort.

Tickets for A Woman Behind WED will be available as follows:

To receive priority access to purchase tickets, you may upgrade your membership. Membership dues and Walt's Circle donations may be paid as monthly installments or as a one-time annual payment. For more information, please email the Membership Department at membership@wdfmuseum.org