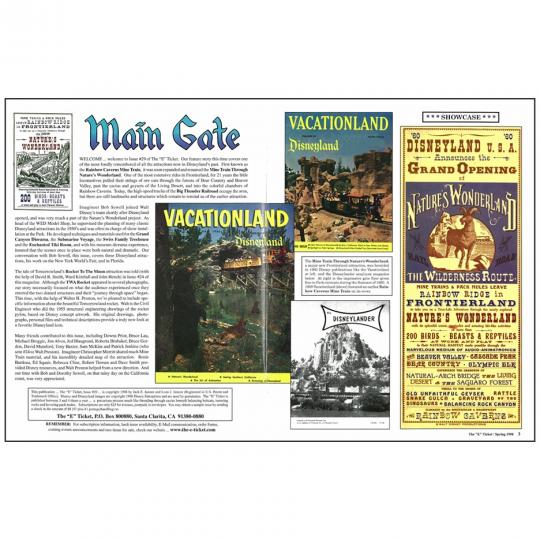 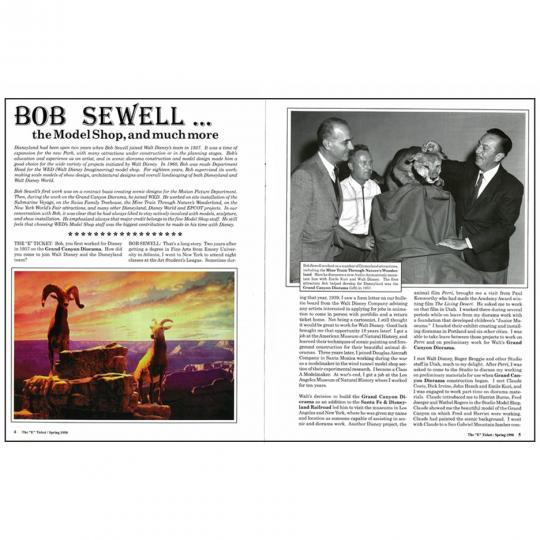 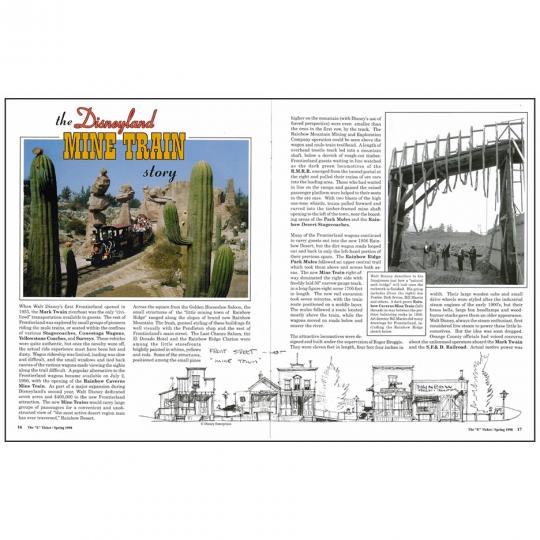 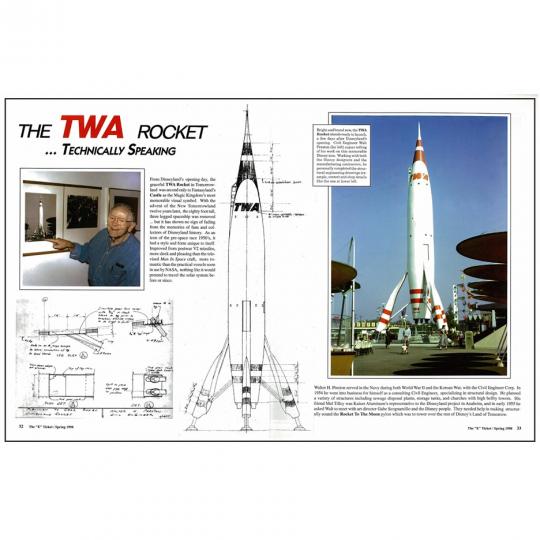 In this issue: Bob Sewell on Disneyland’s Model Shop and expanding Disneyland’s Mine Train Through Nature’s Wonderland, Tomorrowland’s TWA Rocket to the Moon and Frontierland Stagecoach toys.