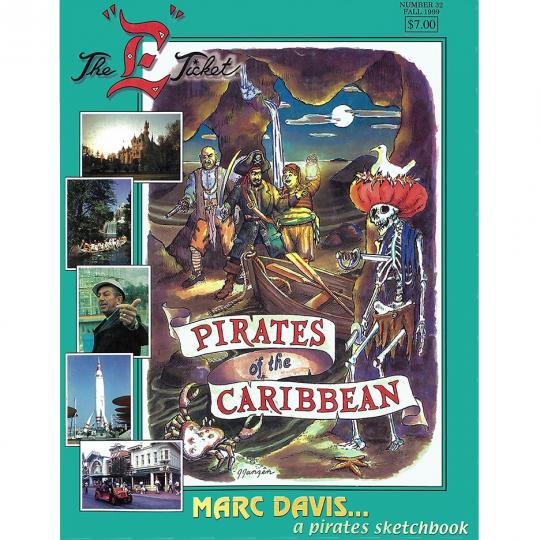 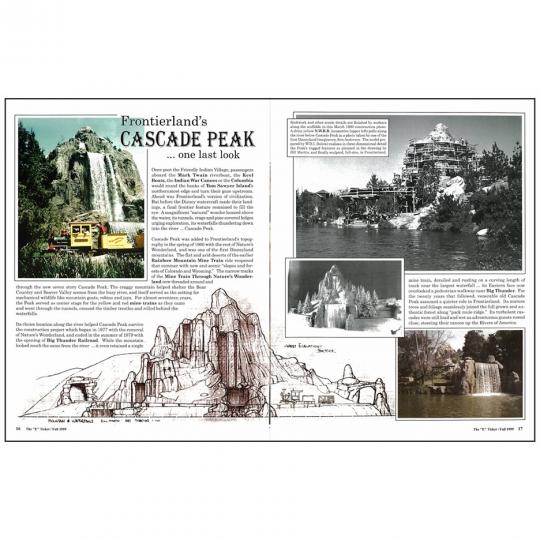 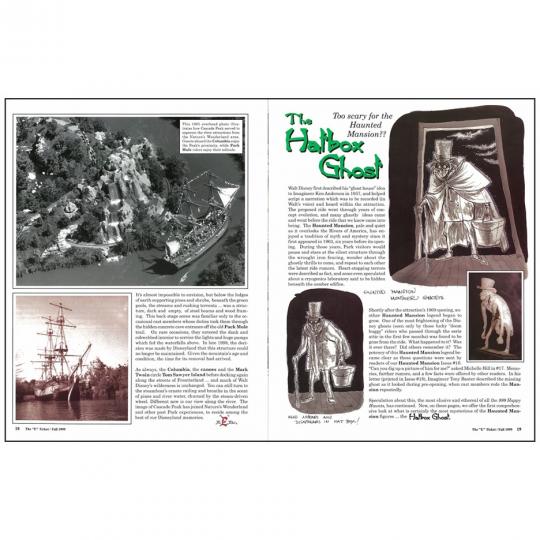 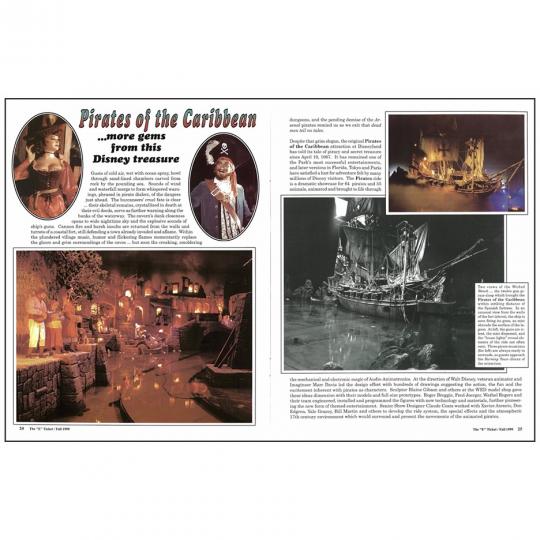 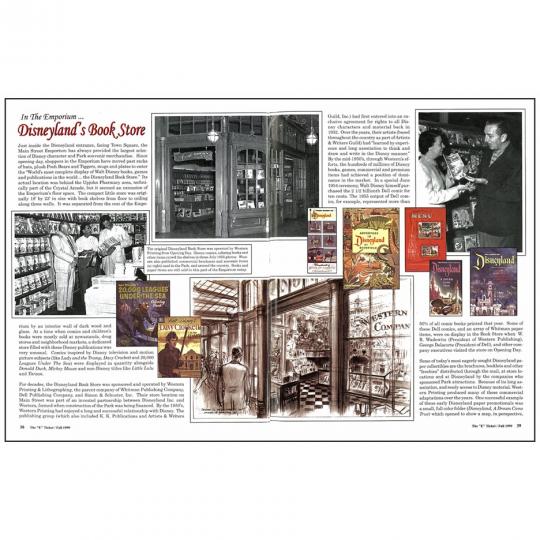 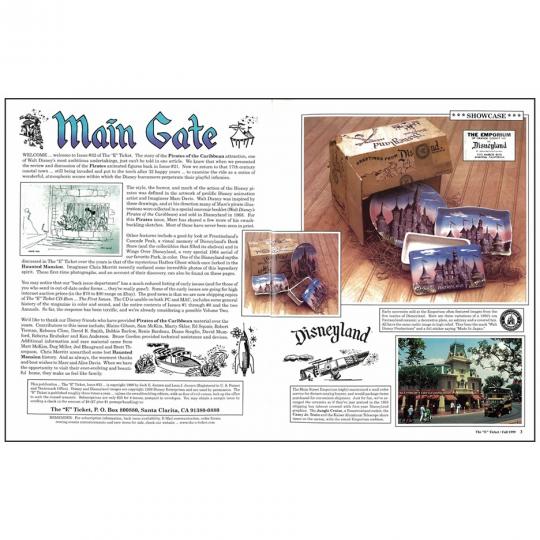 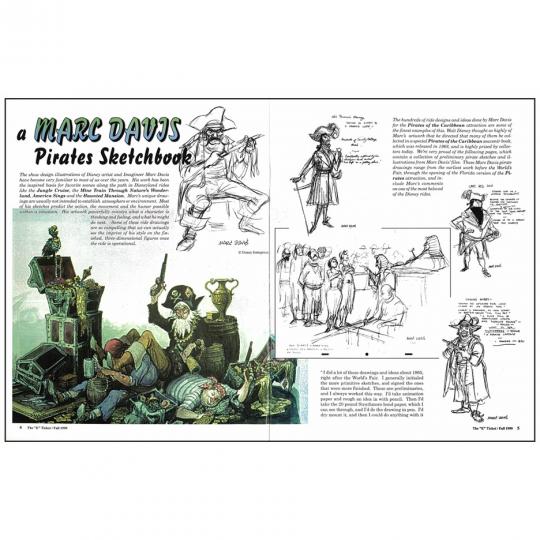 In this issue: Animator and Imagineer Marc Davis’ pirate sketches, a last look at Frontierland’s Cascade Peak, the Haunted Mansion’s Hatbox Ghost, and inside Disneyland’s bookstore at the Main Street Emporium. 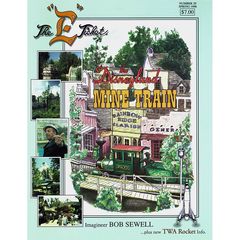